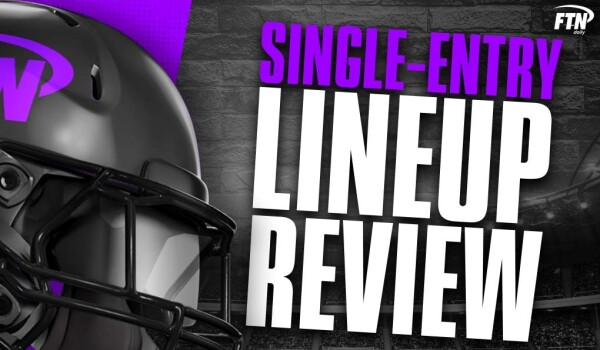 FTN's Alex Blickle looks back on his single-entry DFS lineups from Week 18 to see what went right, what went wrong, and what lessons can be applied going forward.

Each week, I’ll review my single entry lineup, as well as a couple others. I will also track success rates throughout the season. The criteria for the other lineups to make the article (and tracking) will be > 10% of my overall investment. This week, that includes:

The goal here is to hold myself accountable for the decisions I make while also helping to provide a blueprint for long term success in GPPs.

Throughout the year, I’ll emphasize the top 10% and top 1% hit rates. While profit/loss is at the mercy of significant variance at the top of tournaments, these hit rates stabilize much faster and can therefore paint a stronger picture of our performance.

My season ended as it went - with a couple great chances, though neither from my SE, and squandered by bad injury luck:

The Afternoon Only Line

Every choice we make can be categorized in one of four groups:

It’s nice to be able to say I believe I went mistake-free in the final week of the regular season!

An illegal substitution penalty took away a D’Onta Foreman TD, but curiously, it was Dontrell Hilliard running out the clock. I was tempted to put Foreman in the bad decisions section, but if that TD stood, he would have been a solid play.

I think some of the lineup construction stuff I did this week is more valuable to discuss than any singular play, so here’s a list of the guys who fit the good process and good result section, then I’ll discuss the other stuff further:

So, what are some of the roster construction things I did?

In addition to my QB stacks, I had the following pairings:

The idea in these mini correlations is to increase the chance of a foundational piece hitting by playing for the right game script. If Sam Darnold and the Panthers could push Tom Brady and the Bucs, it would greatly help Mike Evans (this worked as planned, until DJ Moore left the game injured, just in time for Robby Anderson’s TD and before Moore could reach the 100-yard bonus). Similarly, if Brandin Cooks and the Texans could put points on the board, it would lead to increased pass volume, helping AJ Brown.

Meanwhile, as I discussed in the Cook blurb, pairing him with Minnesota’s D/ST added to the correlated leverage over David Montgomery chalk. As bad as Cook was, Montgomery did so little that this pairing was still a net positive for me.

There were a couple things I felt super confident in but required an extra decision. For example, I loved the Seahawks passing stack, but Tyler Lockett versus DK Metcalf didn’t have an obvious answer. I loved the Tennessee offense, but D’Onta Foreman versus AJ Brown was difficult, in large part because I felt like it depended on Houston’s offensive success. Mike Evans versus Rob Gronkowski was another example, though I clearly favored Evans since I went to him in my most important lineups.

Adding some inverse correlation between lineups is a great way to increase your overall chances of a takedown. If you don’t want to simply take my word for it, feel free to DM me on Discord for a breakdown of the math! 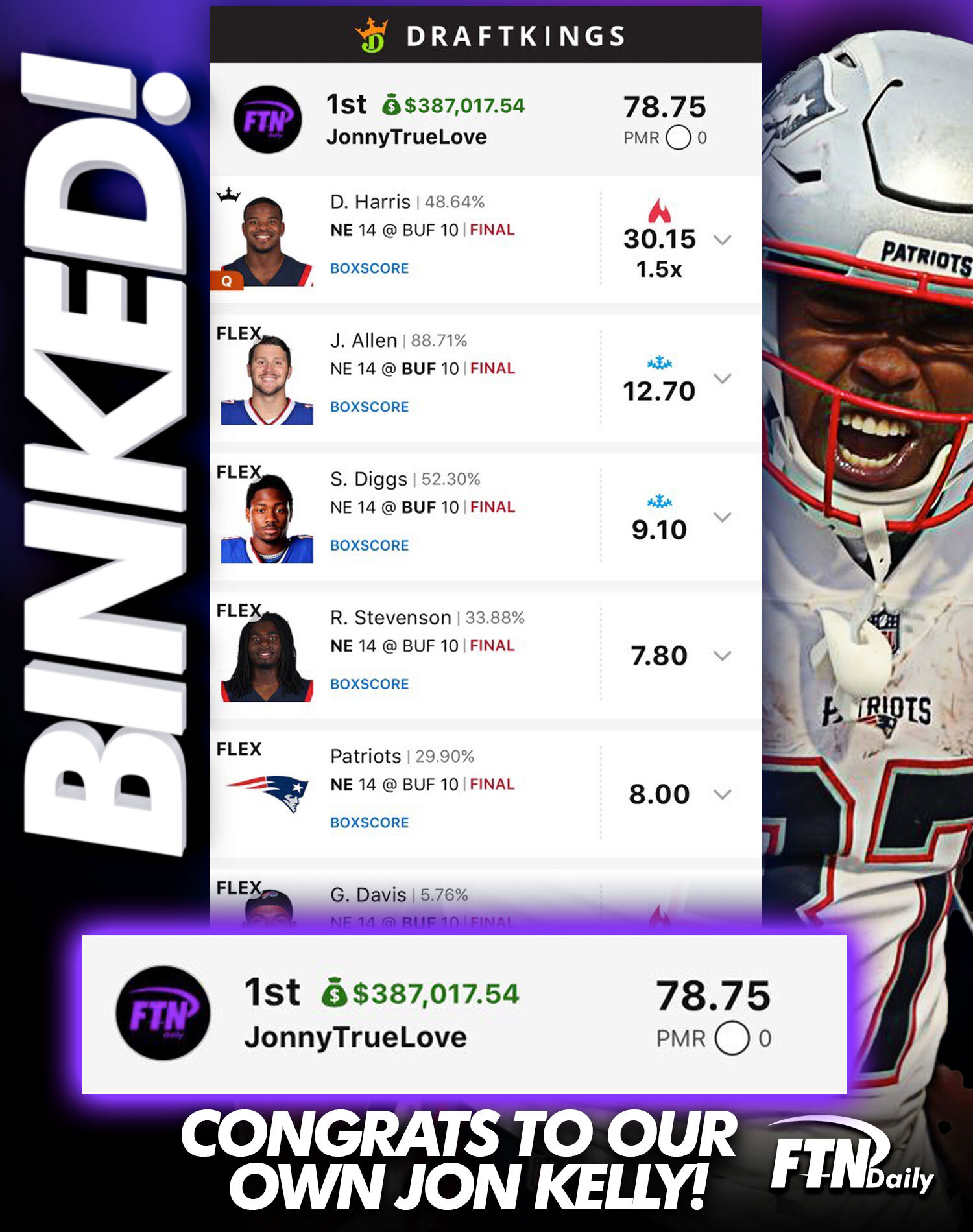