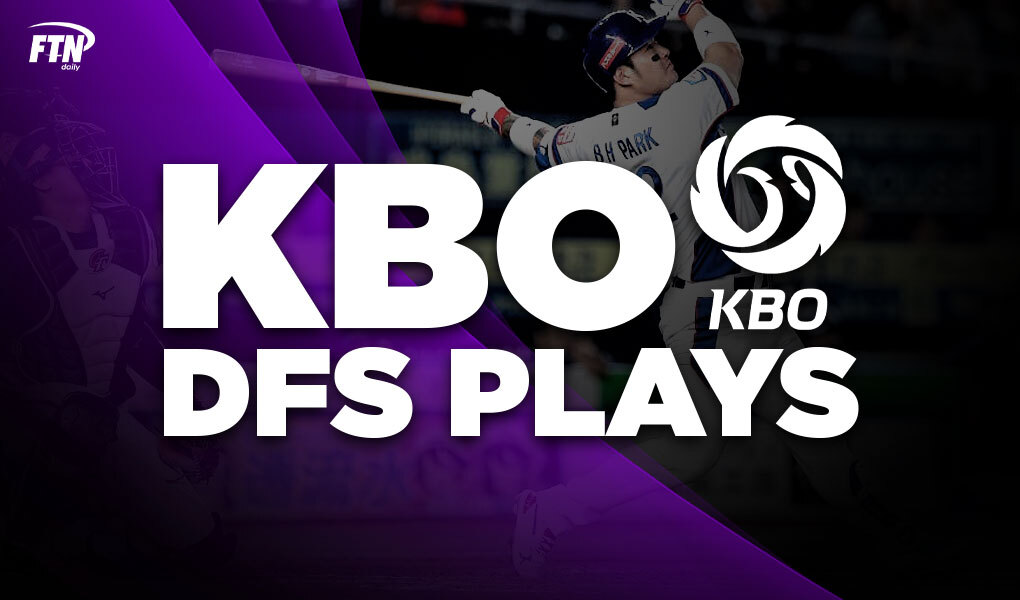 FTN's DFS Chaser tells you what you need to know for Sunday's KBO slate.

KBO on DraftKings is back. I will be covering the weekend slates this season and each KBO article will be free on FTN Daily. If you like this article, make sure you check out all of our daily MLB DFS coverage from the best team in the industry.

DraftKings is offering a five-game slate for the Korean Baseball Organization Sunday morning, with lock set at 1 a.m. ET. I am here to give you my top KBO DFS pitchers and some stacks to consider.

GPP option: Jong Hoon Park (SSG) — Highest K/9 on this slate returning from last year, but not an ideal matchup or potent offense behind him so nothing more than a tournament pivot.

Lineup construction note: There is lots of value this early in the season, so don’t feel like you need to full on stack just yet. Spend up for the studs like Sung Bum Na (NCD), Roberto Ramos (LG), Byungo Ho Park (KIW) or Kun Woo Park (DOO) and then roster some great spend-down plays like Shin Soo Choo (SSG and former Texas Ranger) at $3,000 who has a nice 3 game hit streak going, or Chang Ki Hong (LG), Ryon Healy (HAN) and Zoilo Almonte (KTW) — all have above-average point-per-dollar projections for Sunday morning.

DFSchaser has been playing DFS since 2014, top 10% overall ranking on Rotogrinders, focuses on SE and small field GPP contests, FTN writer for KBO and MLB