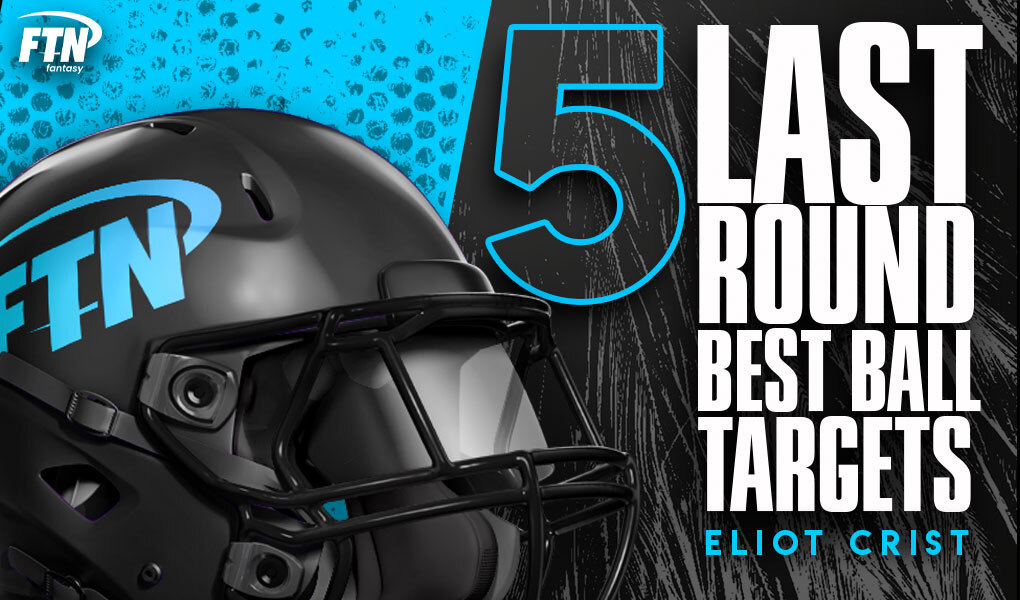 You made it. It's the 18th round of your best ball draft. You are staring at the draft board and thinking, “I don’t want anyone here.” It's hard to blame you — the odds any of these guys hit are low. But that doesn't mean we shouldn't swing for the fences. Especially in the Best Ball Mania, I like taking guys who may go undrafted, because if my low-odds player pops, I have a massive edge on the field. A player like Robert Tonyan, who finished third in fantasy points among tight ends last year but was only drafted on 116 teams — 39% of those teams advanced to the playoffs.

Here a few guys going mostly undrafted in 2021 who have upside this season.

While Javonte Williams’ ADP stays steady, Melvin Gordon’s continues to slip as he has missed a large portion of minicamp and OTAs and there are whispers he may not be long for the roster. Why Boone hasn't become an end-of-draft flier, I can’t figure out. Boone was the first signing new Broncos GM George Paton ever made and is in the current rotation, according to head coach Vic Fangio. If Gordon gets cut, Boone becomes a screaming value, but his ADP could climb as high as Round 13, as opposed to his current price tag of “free.” If the Broncos don’t want to pay Gordon's $8.9 million cap hit or he can’t get out of the doghouse, Boone could see enough playing time to make him fantasy relevant. As a 100th percentile Sparq athlete, if he gets enough playing time he could pay off in a big way, and he would be a Javonte Williams injury away from being a league-winning pick.

At 6-foot-2 and 212 pounds, Peoples-Jones ran a 4.48, for a speed score that puts him in the 86th percentile. The Browns used his athleticism down the field last year as he averaged 21.7 yards per reception and 15.2 yards per target. As the season went on, he gained more trust from Baker Mayfield, who has talked him up so far in minicamp and OTAs. If Peoples-Jones wins the third receiver job he could be a frequent big play threat. I like adding him in the last round, especially on Baker Mayfield teams.

The Saints weapons after Michael Thomas and Alvin Kamara are abysmal. Tre'Quan Smith will have his two games of relevance again while Adam Trautman will look to replace Jared Cook. Callaway is left as the next option in the offense and offense that could start Jameis Winston, who is just a year removed from being a top-three quarterback overall. Callaway doesn't have much that makes him stand out on paper. Headed into his second year, as an undrafted player, an average athlete, with limited first year stats don't offer much to gravitate to — it doesn't inspire confidence. What inspires confidence is that he is said to be winning the WR3 job and is on a team that has no real options after Thomas. If Winston is the starter and Callaway is on the field, he will have a couple relevant weeks.

I have already written Schultz up once this offseason, but twice is nice. Schultz is being treated like he has no chance to win the starting job because of Blake Jarwin, despite being the younger player with more history of success in the league, higher draft capital, and no “return from a torn ACL” injury issues. Schultz finished fifth among tight ends with 63 receptions last season and was a dominant player when Dak Prescott was healthy, going for 208 yards on 24 targets in four games, with 50% of his targets resulting in first downs. In one of the league's top offenses if Schultz wins the starting job, he will be a massive edge in the Mania.

The Panthers offense remains one of the cheaper stacks in best ball season, and Arnold is the cheapest piece of it. He is the projected starter and is an elite athlete. At 6-5 and 222 pounds, he is built like a big wide receiver and has the measurables to produce that way as well. He has a 97th-percentile college dominator score, 98th-percentile burst score, 94th-percentile agility score and 95th-percentile catch radius. Arnold has caught 31 passes for 450 yards in 19 games with six touchdowns and was the Cardinals’ third leading receiver last year, playing just 40% of the snaps. If he becomes a full-time player this year, he could pay off taking a chance on him in a big way.