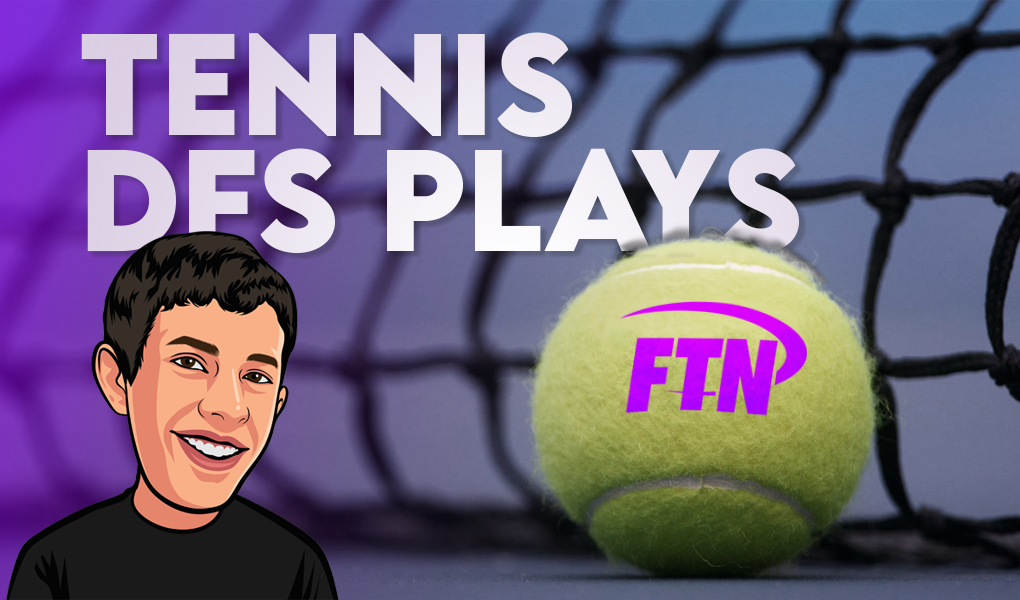 The world of tennis has completed Wimbledon and handed out some Olympic Gold to Belinda Bencic and Alexander Zverev. Now, the tour moves back to North America for the U.S. Open Series. That’s right, we are less than a month away from the fourth and final Grand Slam of the year, the U.S. Open. We begin in Washington, D.C., for the men and San Jose for the women, both 500-level events. Rafael Nadal returns to begin his quest of defending 2000 points at the US Open later this month, while the San Jose field is loaded with American talent.

This article will guide you through each slate, focusing on which players to build your core around, along with match predictions for the remainder of the slate and a power-ranked cheat sheet so you can...

Josh Gross is an accomplished Tennis DFS and Sports Bettor, known for his long shot finds in the Futures market. Since Sports Betting launched in New Jersey, Josh has held tickets for Naomi Osaka, Bianca Andreescu, and Sofia Kenin to win their 2018 US Open, 2019 US Open, and 2020 Australian Open Titles respectively, all at 30-1 or longer. In addition to Tennis, Josh has shown his versatility in the industry, covering NBA, WNBA, and MLB DFS, as well as a major interest in NBA Prop Betting. When NBA inactives roll out, Josh is sure to be one step ahead of the books with his favorite value Prop Bets ready to fire.