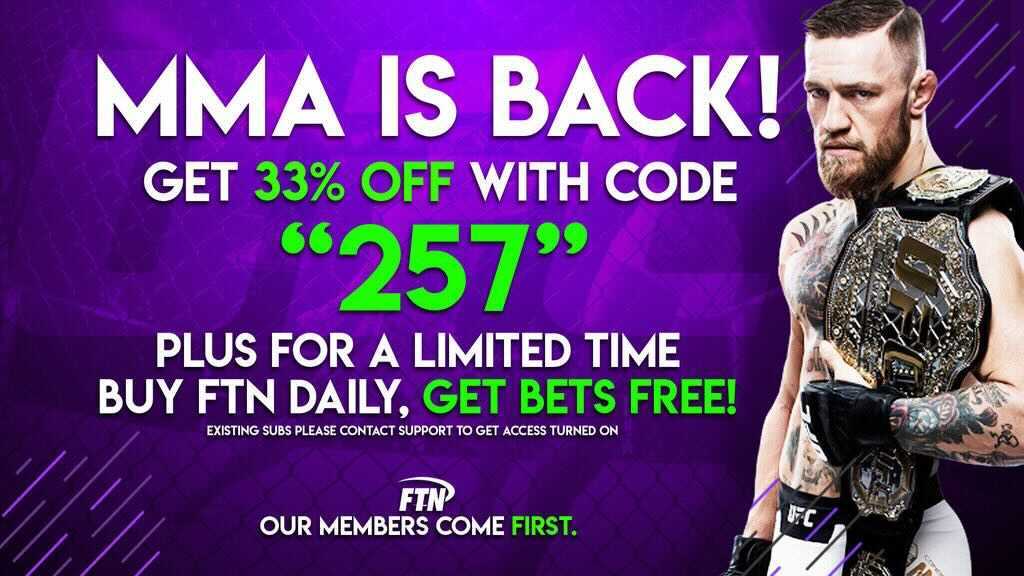 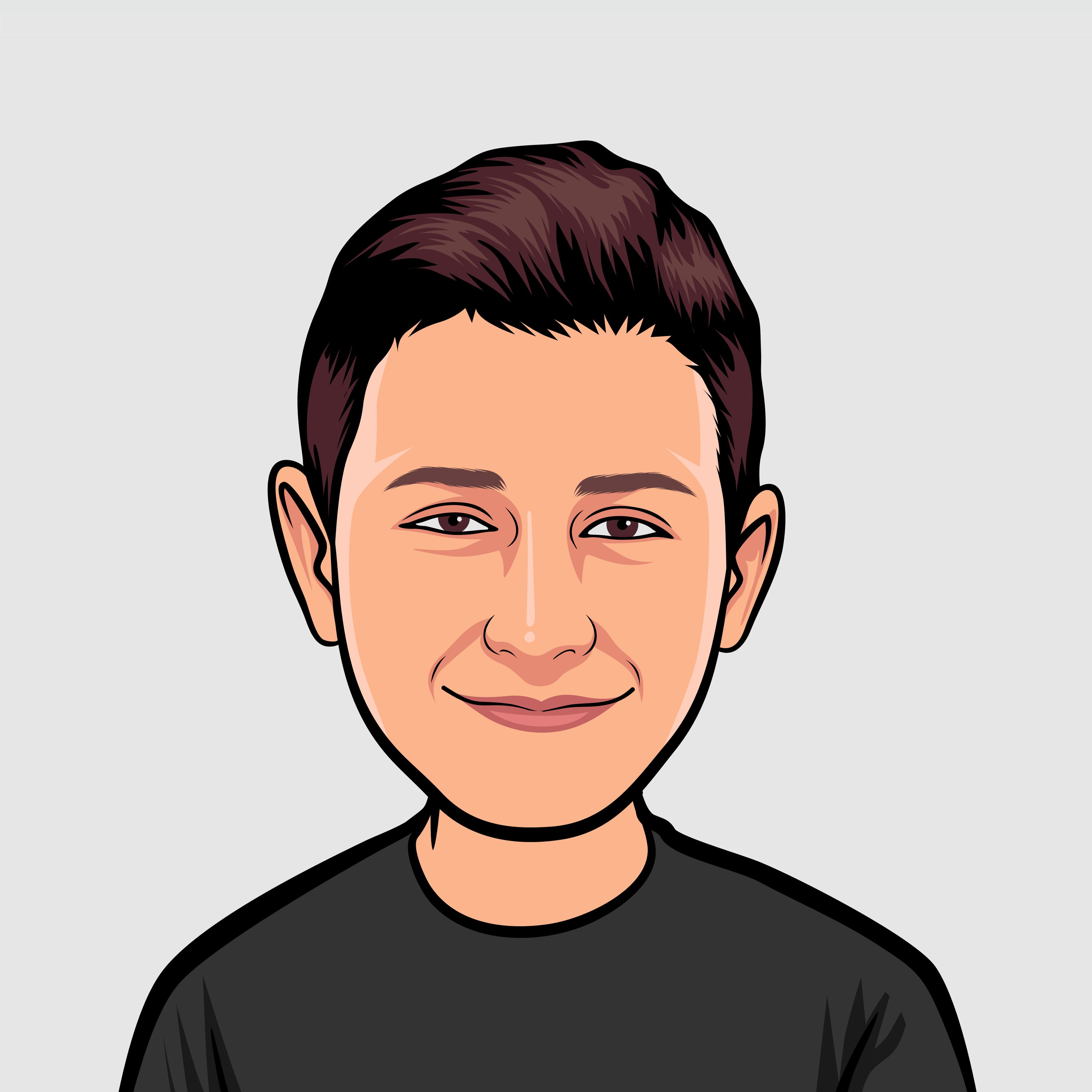 This Saturday night on Fight Island in Abu Dhabi, Conor McGregor makes his long-awaited return to the octagon. McGregor, a former two-division UFC champion, hasn’t fought in over a year and is slated to face former interim champion Dustin Poirier in the main event of UFC 257. There are currently twelve fights on the UFC 257 slate for DFS purposes, which gives us players a 24-fighter pool to select from. McGregor checks in as the fourth most expensive option on the slate at $9.1K on DraftKings, and Poirier is down toward the lower end of pricing at $7.1K.

The last time we saw McGregor fight was last January when he knocked out UFC legend Donald Cerrone early in the first round. McGregor came out guns blazing and racked up an early knockdown and eventually a knockout in what went down as a 133-point performance in DFS, the second-highest of his career. Stylistically, McGregor is a flashy striker with a wide variety of standing attacks. “The Notorious” not only has immense power in his left hand but also has been very successful at kicking range throughout his career. His weaknesses as a fighter are pretty well known at this point: opponents with top-notch grappling can give McGregor fits, as the Irishman has good takedown defense but his cardio usually takes a significant hit while grappling. McGregor has always been a great DFS option, as his ability to land strikes in volume (5.43 strikes per minute) and rack up quick finishes (eight knockouts within the first 10 minutes of a fight) allows him to gain points both from cumulative stats as well as finishing bonuses.

Poirier last fought in June of 2020 when he defeated lightweight contender Dan Hooker in what was a five-round war that Poirier took over down the stretch. Prior to that fight, Poirier lost to the undefeated Khabib Nurmagomedov in September of 2019 in a title unification bout. Like McGregor, Poirier is predominantly a striker. While McGregor likes to switch up his striking and throw a wide array of attacks, Poirier is slightly more cut and dry and is primarily a boxer. That being said, Poirier's boxing is elite by MMA standards. He lands 5.57 strikes per minute and has eight knockouts going into his 25th UFC appearance. Poirier is an extremely well-rounded fighter with skills both on the feet and on the ground, but he hasn’t looked to wrestle offensively in the past too much, with just 1.46 takedowns per 15 minutes.

Non-diehard MMA fans may not know this, but McGregor and Poirier actually fought once already. McGregor got the best of Poirier with a first-round knockout on the main card of UFC 178 all the way back in 2014. Both fighters have obviously evolved a lot in the last six-plus years, as McGregor reached MMA's pinnacle and became the biggest name in the sport while Poirier made true on his promises to himself and was paid in full as a UFC champion. This rematch should be a lot different than the first fight in some ways, but different in others.

Let’s break down how the rematch will play out. As previously mentioned, both these guys do their best work on the feet in striking exchanges. McGregor is a longer kickboxer who will move in and out of range while counterstriking as opposed to Poirier, who is likely to crash the pocket and try to create boxing exchanges in close range. On the feet, we have to give the advantage to McGregor. There simply hasn’t been anybody who’s been able to beat him in a striking match, let alone many people who have been able to win rounds against him in the striking realm. He’s just a master of distance and precision, and I think Poirier will struggle there. The American has just a 54% striking defense and has had 100+ strikes landed on him in three of his last five fights. You simply can’t get hit that much by McGregor, or you’ll find yourself knocked out.

As with most of his fights, McGregor has a clear advantage on the feet, which brings in the X-factor question: Can his opponent beat him in grappling exchanges? Poirier is a legitimate grappler with wins via submission on his record and an ability to take opponents down, but I actually think the takedown defense of McGregor will hold up here at least through the early rounds of the fight. It’s clear that defensive wrestling and grappling is a weakness of McGregor’s, but I think that narrative is oftentimes given too much credit considering that he’s really only been out grappled by Khabib and Chad Mendes. Nate Diaz also submitted McGregor, but that was more due to cardio than skill level. Long story short, I don’t think Poirier is the better grappler here, and for that reason, the fight will remain on the feet.

The last important facet of this fight that’s worth mentioning is cardio and durability, where I actually think the underdog Poirier has some advantages. McGregor has historically slowed down a significant amount when his fights get extended past two rounds, and we know from the Dan Hooker and Max Holloway fights that Poirier is an absolute dog who’s capable of fighting hard for 25 minutes and outlasting his opponents. In terms of durability, the edge goes to McGregor, who’s only been knocked down once, as opposed to Poirier who has been knocked out twice, albeit not since 2016.

In conclusion, this is certainly a fight that we want to be targeting in DFS. If Poirier can survive the early McGregor onslaught and turn this into a war of attrition, he’s very live to pull off the upset win. However, I think McGregor's speed and power will be too much and ultimately expose Poirier's subpar defense in the early rounds. I think McGregor wins early and in knockout fashion, which would nearly lock him into the optimal DraftKings lineup.

For a limited time, use promo code 257 to get 33% OFF your FTNDaily.com UFC package AND get a FREE year of UFC on FTNBets.com. 1 year of UFC DFS and Betting content at one low price. Contact support@FTNNetwork.com to unlock your free year of FTNBets after purchase.