Each week in this column, you’ll find my favorite pivot plays on the DraftKings main slate. This isn’t to say to eat some of the chalk, sometimes the popular plays are popular for good reason, and you should use those players in your lineups. I’ve based the pivot plays off the FTN Ownership projections but remember, never pivot off of a good play to a bad play just because they’re projected to be lower owned. That’s moronic. The move is to find the good, low-owned players and pivot on to them. For my favorite NFL prop bets, Brad Evans and I go back and forth on FTN Bets each week.

Afraid of Swift being relegated back to his previously held, inconsistent backfield role? So are most people. Hence the depressed ownership. Current FTN Ownership Projections have David Montgomery likely to be somewhere around six-times as owned as Swift at the same price.

Now, Monty is likely a safer play, as we’ve seen his ceiling emerge over the past few weeks. But, does he have six times the likelihood to outscore Swift in a spot where they’re both squaring off against sieve run defenses? Of course not. If Darrell Bevell is interested in earning a full-time coaching gig in the NFL, he needs to unleash Swift against the Packers who, last time we saw him in Week 10 against a tough Washington front, handled 76% of the Lions RB carries and saw 83% of the backfield targets.

Some may see Adrian Peterson’s recent success as a negative for Swift. And while that concern may have merit, over the past two weeks, Detroit is running at an 80% clip inside the 10-yard line. If Swift is inserted back into his old role, the majority of those valuable touches are going his way. Considering Green Bay has given up 15-plus DraftKings Points to RBs on 10 different occasions this season, this is a perfect buy-low situation for Swift. He fits perfectly as the bring back with a Packers stack as well.

If you’re not comfortable eating the J.D. McKissic chalk, you have two options in price proximity: Bernard and Duke Johnson. And I’ll side with Bernard against a Dallas defense that is leakier than a wet nurse. Nothing against McKissic, in fact I like his floor as a cash game play; it’s the upside that concerns me with Peyton Barber most likely to inherit the most valuable touches with Antonio Gibson sidelined. It really caps his upside. The Duke makes logical sense, especially with the Texans down so many receivers, but Chicago is a rough matchup, and it’s not exactly like Houston has a dominant ground game to begin with. Like McKissic, you’re relying on Duke to do his damage through the air. It’s plausible he gets there, just unlikely.

Weirdly, Bernard, who’s playing north of 70% of the Bengals offensive snaps and has seen double-digit touches in seven straight games, is essentially being forgotten about. It’s Marvin Harrison Syndrome: We’ve all been down this well a few times, it produced middling results, and now it’s boring. You’re not going to find a better touch-per-dollar running back in this price range, however. This is also far and away the best spot Bernard’s been in since Joe Mixon’s been out. Since Week 6, the Bengals have played a murder’s row of tough run defenses: at Indianapolis, vs. Cleveland, vs. Tennessee, at Pittsburgh, at Washington, vs. the Giants, at Miami. Additionally, they’ve been massive underdogs in each of those games, not especially conductive to ground success. This week against the Cowboys, Cincinnati is a slight three-point underdog and has an opportunity to remain committed to the Bernard on the ground for a longer stretch of the game than any time over the past two months.

Ownership projections reveal the most popular stacks of the Week 14 DraftKings slate are going to be incredibly expensive. Rolling out a triple stack with either Patrick Mahomes, Russell Wilson, Aaron Rodgers or Justin Herbert and their pass catchers gives you no other choice than to full out the remainder of your roster with the cheap chalk: J.D. McKissic, Breshad Perriman, Logan Thomas, the whole discount crew. There are only so many viable options at those price points.

Since it’s very clearly a pay-up week in most spots, save the money with your stack and leave the option open to play a combination of the expensive one-offs like Davante Adams, Derrick Henry, Travis Kelce or whoever it is you love at the top end that you just can’t afford in a regular lineup build.

Now, there’s a reason this stack won’t take up much of your salary cap: It involves Trubisky, and he’s not playing the Lions. That’s never an optimal start. Still, the Bears passing offense is rather condensed in terms of market share, especially with Kmet surpassing Jimmy Graham in routes run since Trubisky returned under center, that the receiving options can still exceed value even of Trubisky can only get into the mid-20s in DK points. At that point, you’ve saved enough salary that’d you just need your studs to come through with ceiling performances. As a bonus, the Bears passing attack is leverage off the popular David Montgomery. Obviously, if Monty comes through on the ground, you’re dead in the water, but if Chicago can score through the air, you’ll surge up the standings while about 20% of the competition stalls out of the gate.

If you’re looking to bring it back on the Houston side, Duke Johnson makes some sense, but Keke Coutee is likely the best option at $5,000. Another cheap piece to add to the stack, and he’ll patrol the slot against whoever wasn’t deemed good enough to play over the ruled-out Buster Skrine. Just imagine how bad the backup slot corner must be to sit behind Skrine. 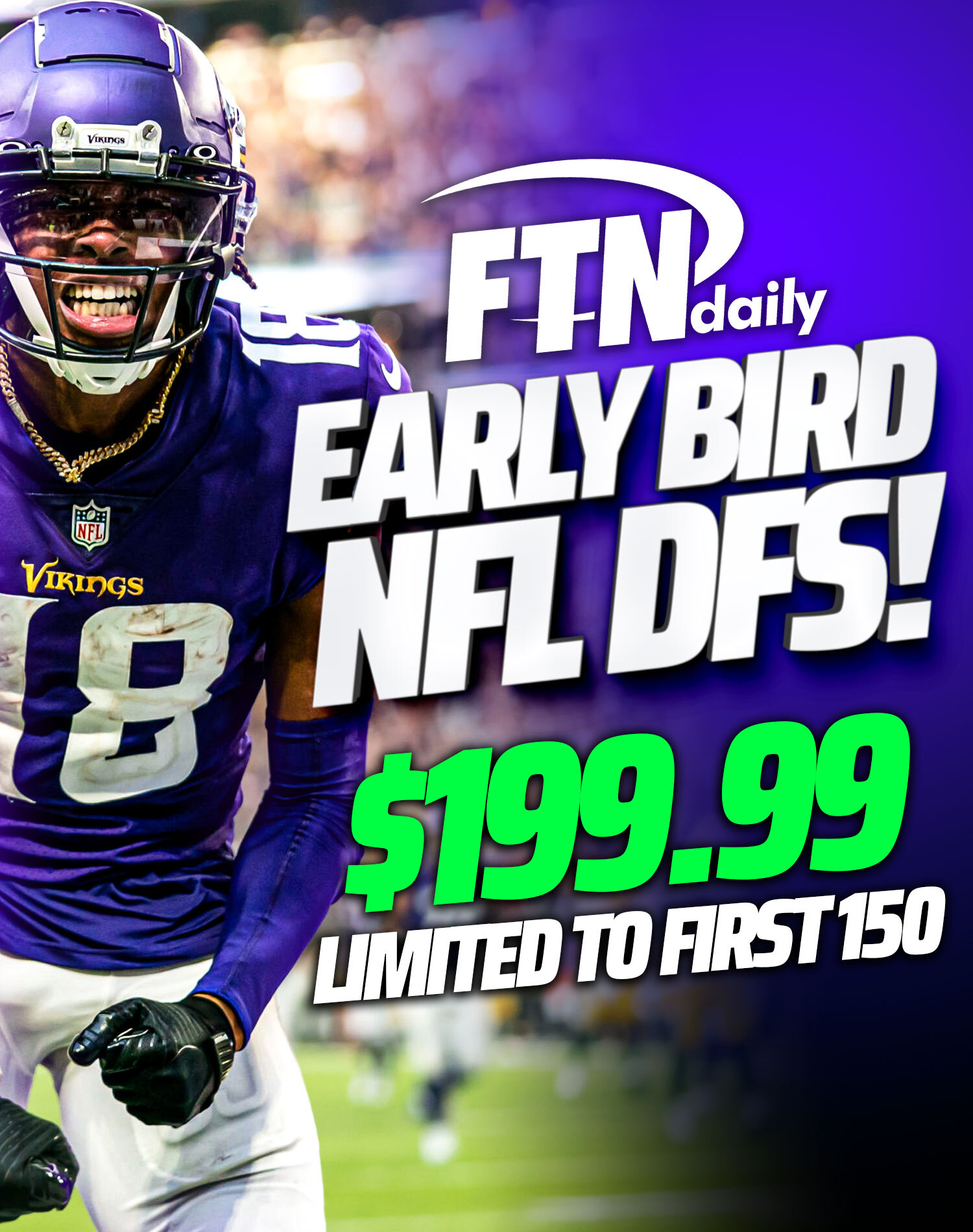