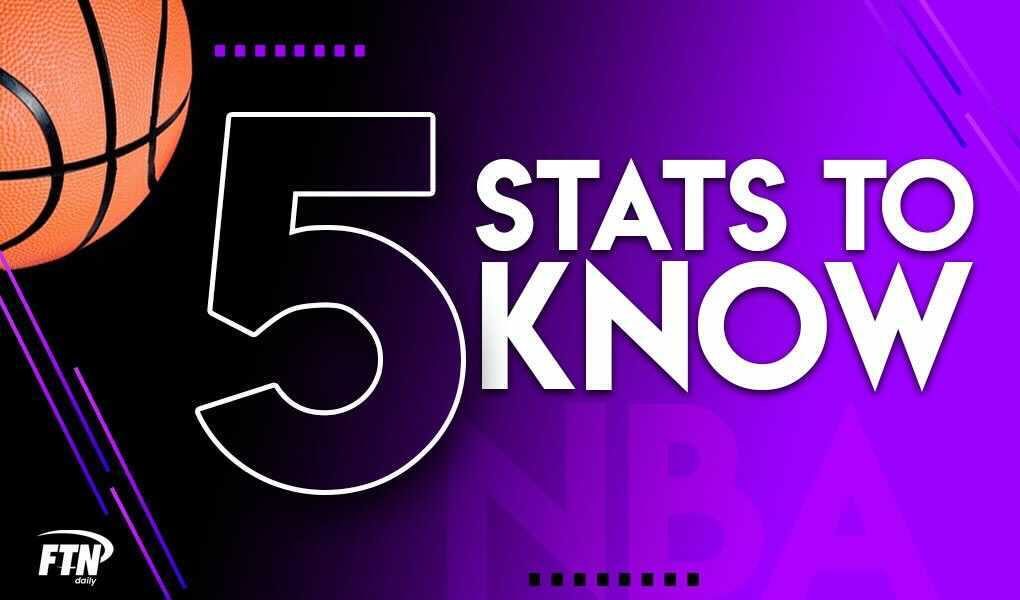 We only have a few games left in the NBA regular season and teams are either resting star players or playing them 40-plus minutes. It all depends on the standings and who is playing for what. Let’s find some notable stats ahead of Friday’s eight-game NBA DFS slate.

1. Russell Westbrook has played at least 40 minutes in eight of his last 10 games.

No one in all of fantasy hoops has been better than Westbrook over the last month or so, as he’s ripped off triple-double after triple-double. He is also logging huge minutes, seeing at least 40 minutes in eight of his last 10, while one of those contests was a...