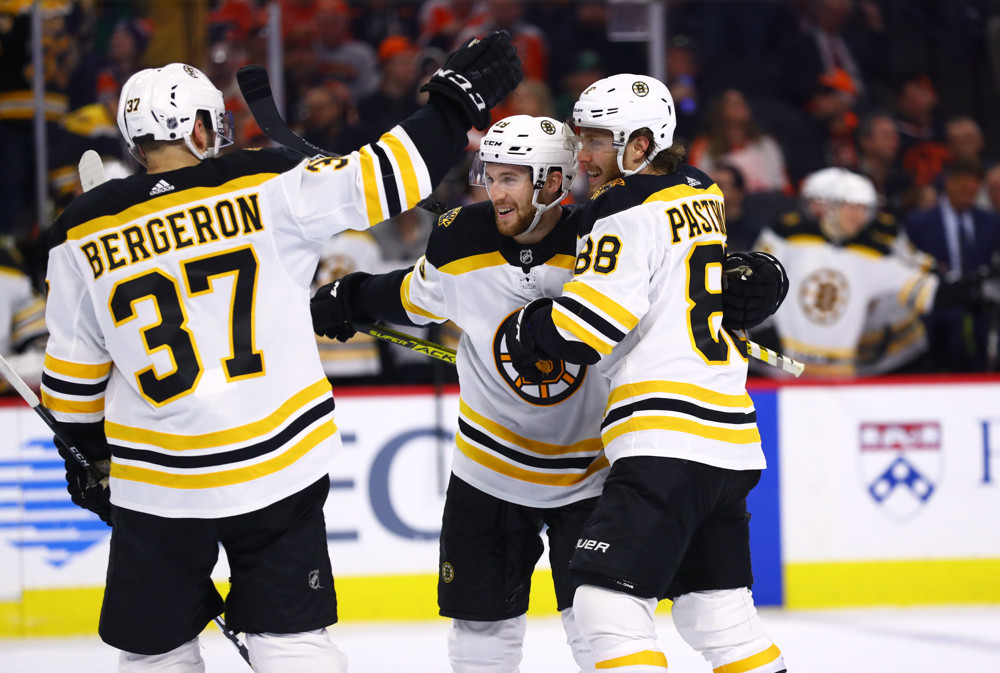 The basics of DFS fantasy hockey

Russ Prentice gives a quick look at the best practices and strategies for trying out DFS fantasy hockey. 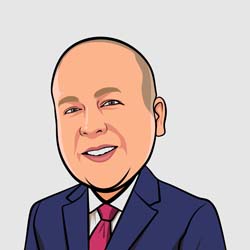 Welcome to the FTN daily fantasy hockey guide. For those of you who are wading into the waters of DFS hockey for the first time, this article will help you navigate some of the strategies of roster construction and game selection.

The two major sites, FanDuel and DraftKings, use similar roster formats with each having nine roster slots requiring one goalie, two centers, three wingers, and two defensemen. Where they vary is the final roster slot — FanDuel requires a fourth winger, while DraftKings gives the option of a utility position that can be filled by a third center, fourth winger, or third defenseman. Typically, you are going to want to fill that utility slot on DraftKings with a center or winger, but there could be rare situations where the best value play of the night may be a third defenseman.

FanDuel limits each lineup to a maximum of four players from a given NHL team, while DraftKings requires a minimum of three NHL teams to be represented by the eight skater slots on the lineup – in essence creating a limit of six skaters on a single team with the option to have a seventh player from that same team if using a corresponding goalie.

The scoring systems vary on the two major sites a bit and it leads to different types of players having more worth on each specific site.

Right off the bat you can see that FanDuel scoring is slightly elevated compared to DraftKings, but looking even deeper you will notice the ratios of goals/assists to the peripheral events (shots on goal or blocked shots) are much higher on FanDuel, where a goal equals 7.5 peripherals and an assists equals 5; on DraftKings those ratios are only 5.7 (goals) and 3.3 (assists) when compared to the 1.5 for a shot on goal, slightly higher for blocked shots. Based on these differences in the ratios, you should prioritize goal-scoring chances on FanDuel, while you can take more chances on players in DraftKings who may not scoring as often but stuff the stat sheet with shots and/or blocks — this becomes even more profound when you factor in the bonuses that are awarded on DraftKings for the five-shot and three-block thresholds.

Another thing to realize about fantasy hockey scoring systems is that goals and assists are a significantly large components of the scoring, the ebbs and flows of scoring nightly provides a lot of variance. In a way, fantasy hockey and fantasy baseball are similar due to the “big play” factor that is hard to chip away at – a goal is similar to a home run, both will make the night a good one for a player with virtually no other stats recorded. In 2018-19, Nikita Kucherov was the top-scoring skater in the league in FanDuel, averaging 18.72 points per game. But he had 21 games of less than 9.4 points, meaning he scored less than half his average in over 25% of his games — this would be unthinkable in a fantasy sport like basketball (for example, LeBron James did not have a single game less than half his fantasy scoring average this season).

Like other fantasy sports, most DFS sites will provide games that fall into the tournament, league or cash-game varieties. Tournaments have many entries with bigger guaranteed prizes toward to the top of the pay structure, while needing to finish in the top 15-20% to earn a minimum payout of around double your entry fee. Leagues are like miniature tournaments without a guaranteed prize pool as they are required to fill or they cancel and refund the entry fees; these can be good opportunities for people who like tournaments but do not like to battle against the huge fields. Cash games can come in a few different forms, but the most popular structure is the 50/50 or double up multiplier payout where half the field receives a double (or near double) payout.

The type of game you are in should affect the way you put together your lineup, but maybe not as much as some people think. Typically, in a tournament or league format, you should consider stacking an entire three-man line from the same NHL team, or at least two players from the same line with a corresponding defenseman on the same power play unit. This is because you are looking for goals, which can tally big scores with correlated assists. You can avoid stacking in tournaments and go with multiple unique pieces from different NHL teams, but hitting the right guys on the same night is much more remote that picking a stack or two that hits. In a cash-game format, you want to diversify your lineup more and not fall into a situation where some or all of players on the same team get shut out on the same night.

First thing when considering goalie options is to not over-project the points impact for a win. Going back to the 2018-19 season, Calgary had the second-best record in the NHL, winning 50 of their 82 games – that means the starting goalie for the second-best team in the league only recorded points for a win at a 61% rate (7.32 expected points at FanDuel, 3.66 expected points at DraftKings). Conversely the opposing goalie was able to notch nearly 40% of the possible points (4.68 at FanDuel, 2.34 at DraftKings); there is not a large gap in the expected points there and things can swing either way on any given night. Because of this, you should focus on saves and goals allowed as projectable stats to base your rankings for the night. Looking back at 2018-19 again, when you look at the average points scored based on saves and goals allowed, three of the top six goalies had win rates under .500.

*This continues down the list, the 10th, 13th, 15th, 18th and 19th highest-scoring goalies based on saves-goals allowed also had win rates under .500

This is not to say blindly take the cheapest starting goalie on the sheet when they are facing a powerhouse offense, but do not overvalue the impact of a win for the top end options because no matter how likely the win is, there is a significant chance that those win points are not realized.

You hear the term “chalk” tossed around in DFS discussions a lot. It’s prevalent in hockey as well, but considering whether to use or fade the chalk comes into play differently depending on both your game selection and the rest of your roster construction. In hockey (besides a popular goalie), the chalk is usually the best reasonably priced line stack of the day; unlike other sports, it is rarely a single one-off player. With this situation common in hockey, there are ways to “fade the chalk” without going completely without exposure to the chalk players; example, if the top Boston line of Patrice Bergeron, David Pastrnak and Brad Marchand has a great matchup, you can consider cutting one of them from the stack in hopes that you are cutting the guy who underperforms in comparison to the other two.

That’s a quick background to get started in DFS hockey. Going forward, we will have deeper offerings, but this should be enough to at least dip your toes into the DFS hockey waters.

Fantasy football, baseball, golf and hockey fanatic for nearly 30 years. Awarded Hockey Writer of the Year by the FSWA in 2018. Has played high-stakes games at NFBC/NFFC/FFPC since 2007, highlighted by a runner up finish in the 2012 NFFC Primetime event, multiple NFBC Main Event league championships, and a Top 10 finish in the NFBC RotoWire Online Championship in 2018. DFS player since 2013, focusing on NFL, PGA and NHL. 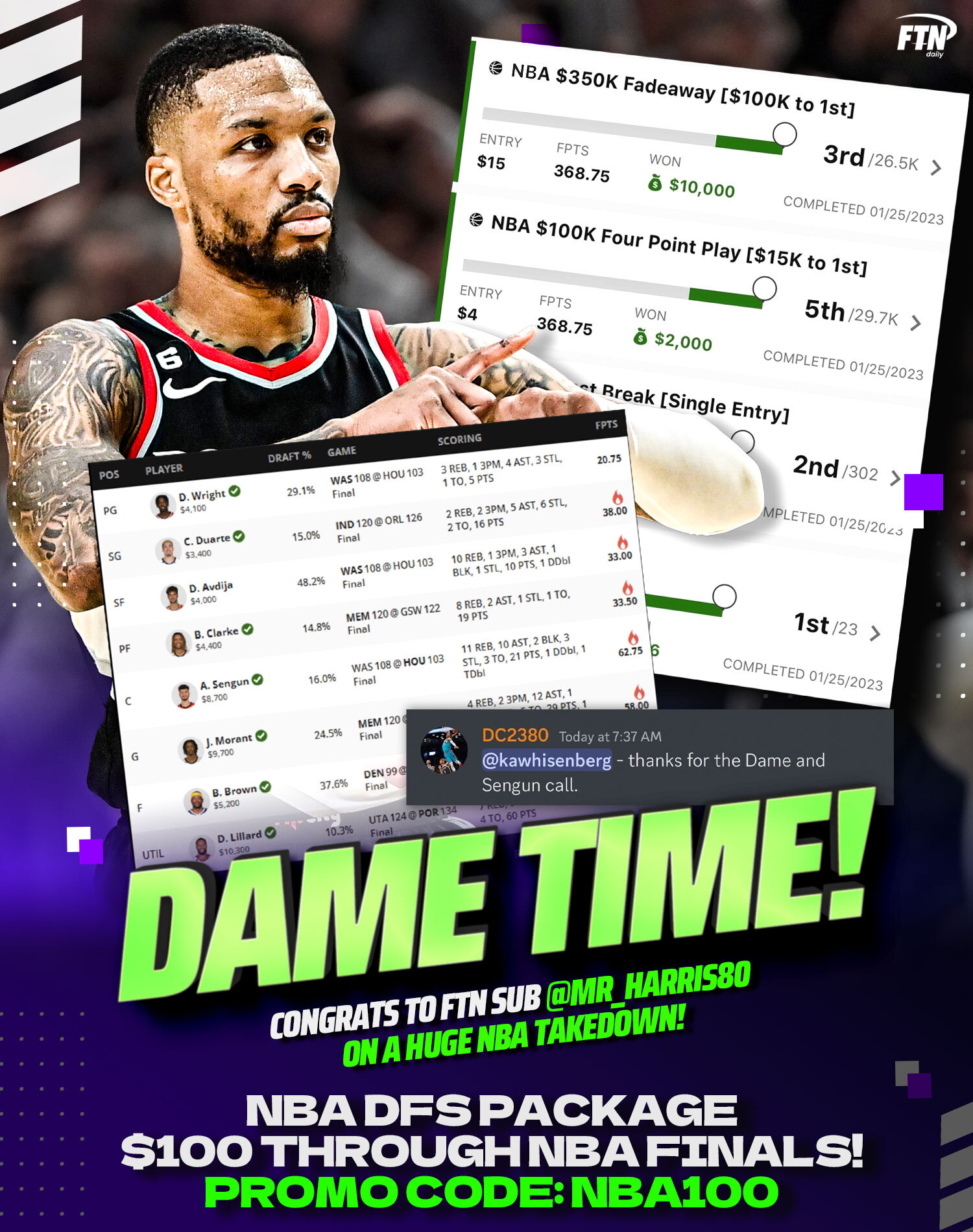