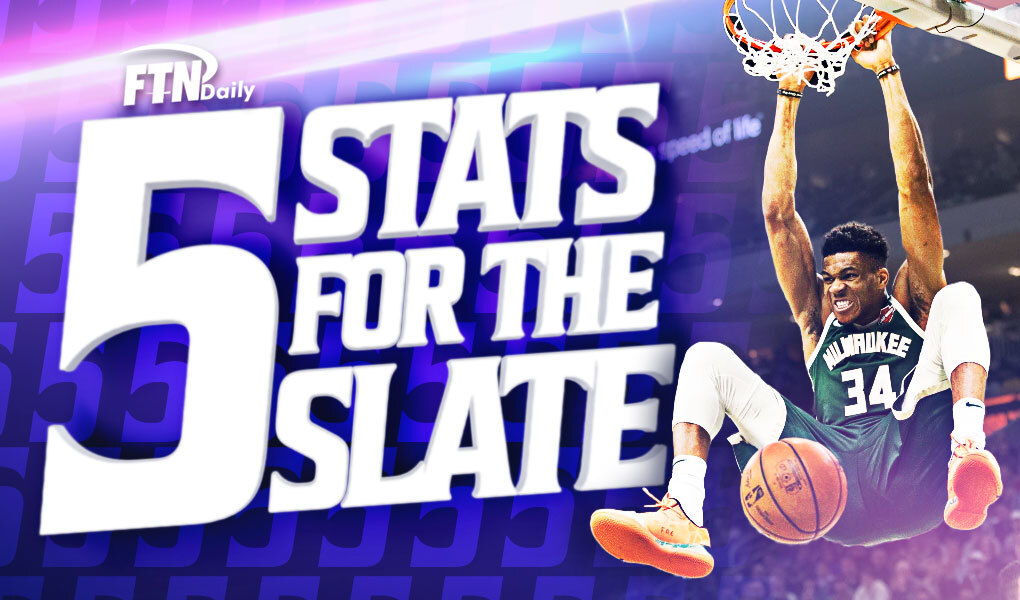 Welcome to “5 Stats to Know.” This NBA DFS article will come every day, Monday through Friday, provided by yours truly, to help you gain a quantitative edge on the rest of the field when identifying core plays.

Evan Mobley has seen a 2.3% bump in usage and averages 0.10 more DraftKings points per minute

While these appear to be incremental bumps at best, the amount of minutes Mobley projects to play (35-plus) makes them far more impactful than they may appear. With Allen out for the foreseeable future, we should see Mobley shift to the starting center position, upping his potential for rebounds and easy buckets around the rim. He’s averaged 17.2 points and 9.17 rebounds per-36-minutes with Allen off the floor and against an Indiana defense that has been one of the worst collective units in the league this season, a $7,000 price tag feels very reasonable.

No player on the Suns sees a higher usage rate with Devin Booker, Chris Paul and Cameron Johnson off of the floor than Cameron Payne (26.6%)

Payne is only a trio of games removed from a lengthy absence, but he’s immediately been thrust into the fire with the pertinent pieces of the starting lineup sidelined. Payne has a lengthy track record of performing with these players out, averaging 15 points and 10.67 assists per game with Chris Paul out this season. He was just as productive in three games without Paul last season (regular season), averaging 19.67 points and 8.0 assists per game. He’s averaged over 35 fantasy points across his last six games without Paul, let alone without Devin Booker and Cameron Johnson. His $5,300 price tag is simply too cheap against such a weak opponent that’s been running at a blistering pace since the All-Star break (fifth in the NBA).

Kevin Durant has posted a 36.7% usage rate in his two games since returning from injury